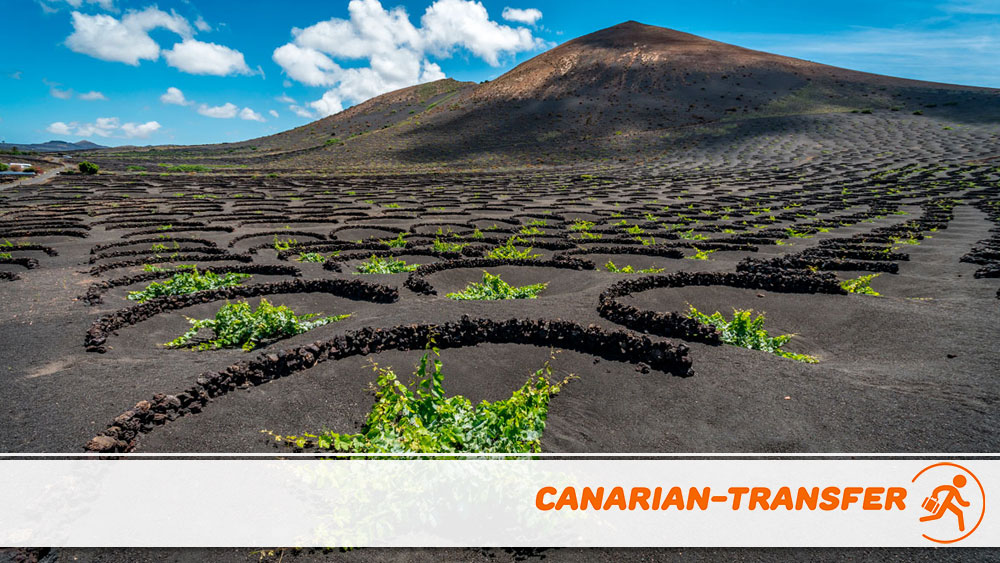 Lanzarote  is an island that surprises the visitor since beginning. On one side it’s totally different than the rest of the other islands and it counts on sites of a surprising beauty, like the protected area of La Geria, that today we describe  in Canarian Transfer.

A landscape with different recognitions

Later, the law 12/1994 of December 19th of Natural Spaces of Canary Islands, changed the classification of the zone, to a “Protected landscape".

On the other side, La Geria has important protections. According to the normative 79/409/CEE about the conservation of  wild birds, it has been declared as space ZEPA (zone of special protection for birds).

The Natural Monument of the Cueva de los Naturalistas is located within the area of ??La Geria. This Monument is declared as "area of ??ecological sensitivity".

How has been the protected landscape of La Geria formed and developed?

Lanzarote is a volcanic island, and its actual features are related to different eruptions that marked its history.

For the Timanfaya eruptions, most of the island was covered by a mantle of volcanic ash or lapilli (picón for people of Canary Islands). Among the affected areas, is La Geria.

During the years,  people of the area observed that the plants that had been covered by the sandy laye, grew better than those not covered. Therefore, they thought about how to take advantage of that floor.

They excavated about two and a half meters below the surface until they found the ground beneath. Then were born the typical conical forms of the protected landscape of La Geria, protected from the wind by a stone wall.

This wall is built with stones of the same ground. Its main function is to avoid Aliseus winds to throw sand on the crops.

The special  features of the picon, that absorbe and keep humidity, allowed the farmers to develop rainfed crops in the area. The picón avoid also the erosion of the lands and its works as insulating, keeping a constant temperature of the cultivated land.

What is grown in La Geria

Even if exist other types of  crops, the Protected Landscape of La Geria is famous for its  wines. Visitors find many grapevines of different kinds of grapes.

From these vines is possible to obtain the best wines of Lanzarote. Among them, highlights the Malvasía wine with high graduation. It’s interesting to visit one of the wineries in the area to taste it. You can do it booking one of our excursions in Lanzarote.

There, in addition to the grapes, it’s possible to seen also fig trees and other fruit trees.

Pictures of La Geria are the most popular of Lanzarote. The contrast of the black ground  and green leaves of the vines peeking through those almost Martian holes, is an unforgettable image.

As  Canarian Transfer we recommend to discover the  protected landscape of La Geria. We offer excursions that allow you to visit it. Among them, the Lanzarote Gran Tour is the best one to visit the most important points of the island.

And if you want to make your trip even more comfortable, you can book with us, your transfer from the airport. It’s the best way to start your visit in Lanzarote!

We show you the natural jewel of Lanzarote. The Green Lake 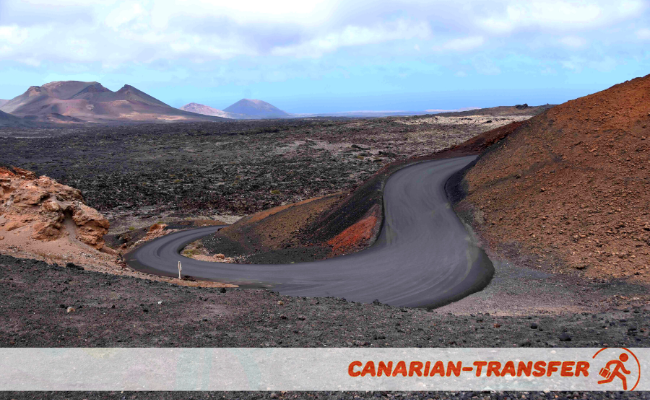