César Manrique, the soul of Lanzarote 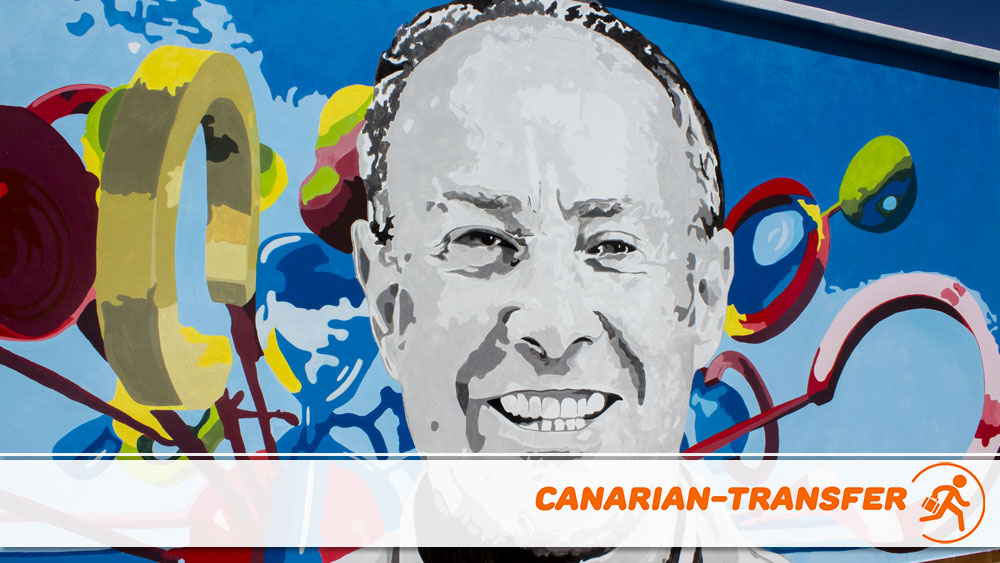 Talking about Lanzarote means speaking about Cesar Manrique. His work was a great heritage for his beloved Island and it is the proud of Lanzarote. Today as Canary Transfer we will tell you who cesar Manrique is and what he did.

Cesar Manrique Cabrera was born in Arrecife 100 years ago, the 24st of April. He was so interested in arts, since he was a child and when he came back from the Civil war he attended architecture at the University of La Laguna, although he left the studies a few time later. He went to Madrid where, thanks to a scholarship, started  Escuela Superior de Bellas Artes de San Fernando and he graduated as professor of art and painting. A few years after the degree he established the art Gallery Fè and he was actively involved in different works and expositions, in Lanzarote and in many countries.

In 1964 he went to New York where he lived with different artists. He established his own studio thanks to a scholarship of the Institute of International Education. He exposed his work in the prestigious Cahterine Viviano’s art gallery. Manrique was missing a lot his homeland, as much as he decided to come back to Lanzarote in 1966. From that moment, Cesar Manrique had only one mission in his life: make Lanzarote one of the most beautiful places in the world. So he started his work with the architect Fernando Higueras.

He created famous masterpiece also outside Lanzarote, such as the Shopping Center La Vaguada in Madrid, the Mirador de la  Peña by the island of El Hierro or Parque Marítimo in Santa Cruz de Tenerife.

As Canarian Transfer we  offer the best excursions so that you can enjoy Lanzarote. Among our excursions you cannot miss the famous itinerary about César Manrique. Buy your transfer in Lanzarote and don’t miss your excursion to discover the heritage of Manrique.

We anticipate the most instagrammable corners of Gran Canaria!

Legends of Lanzarote. The best excursion in Lanzarote: you can't miss it!